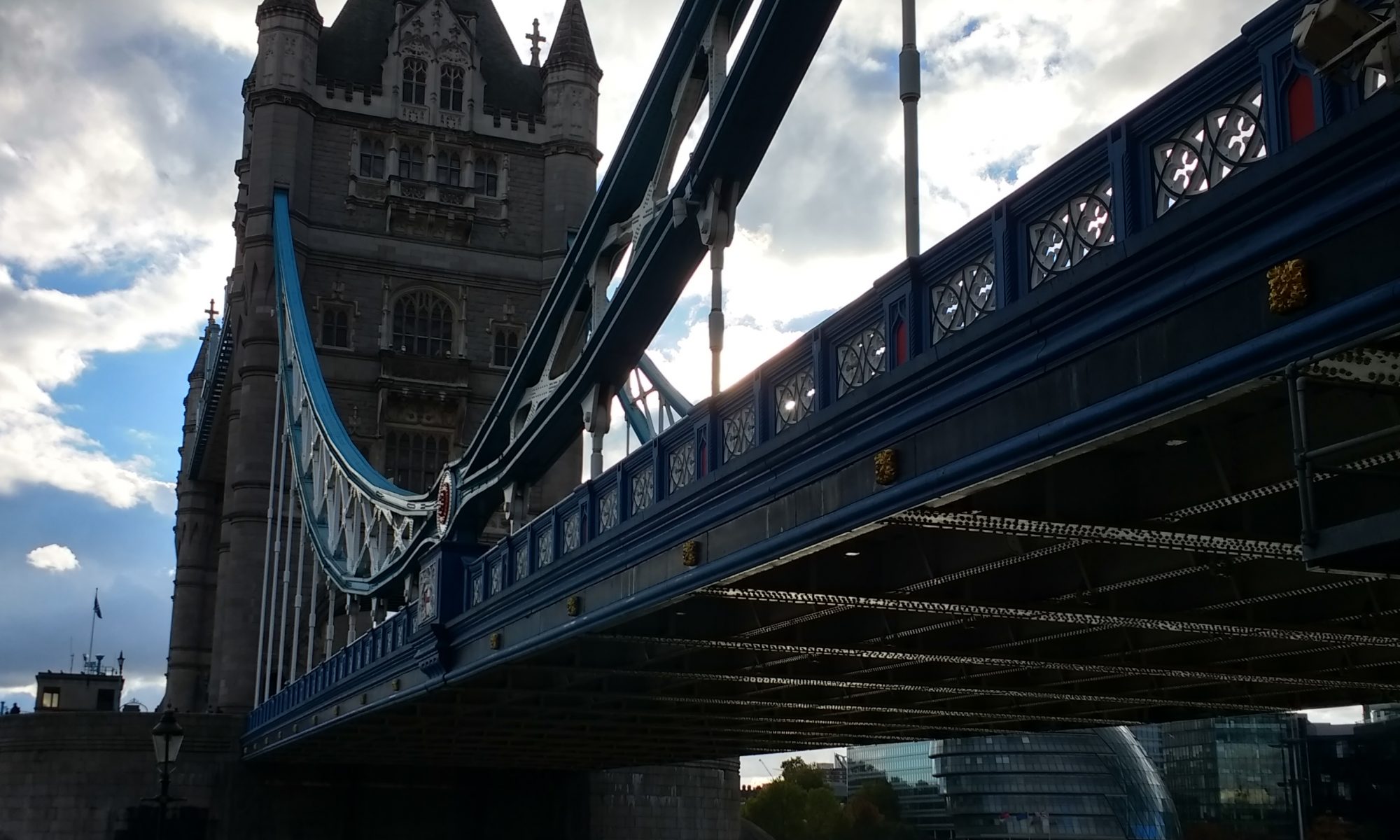 London!  What a rich experience you were.  This trip was so emotional for us, and between our #RememberingMalcolm moments, the Eagles game, sightseeing, pubs and taking in a show in the West End it was all we could have asked for.

Approaching this trip was so different.  Everyone kept asking if we were excited. I kept saying ‘we are looking forward to it’.  Since Malcolm died, we don’t really get EXCITED for anything, any more, as outlined in my post about the Eagles.  Planning a trip is something I have always enjoyed, though, and hunting down a good accommodation and other must dos was a good distraction.

I found a wonderful Air B&B for two directly across the street from Hyde Park for around 120 USD a night.  I have used Air B&B a lot in the past, but this was our first time staying in a room in someone’s house, and not renting an entire space.  But London is expensive, so it seemed like a good time to try it out 🙂 We did have our own bathroom and the host, Marite, was wonderful. She had breakfast available and coffee, which we greatly appreciated.

You can definitely get rooms even cheaper if you don’t mind sharing a bathroom.  This was also an anniversary trip, so we sprang for our own toilet.

Day 1:  After over 2 hours in customs lines, we checked in and bought a picnic for Hyde Park. As we entered the park we saw an older man play hide and seek with his dog.  While his sweet little Scottie was sniffing a tree, the man casually walked ahead about a dozen yards up the path towards us and stepped off the path out of sight behind a bush. When the dog look up you could see the surprise on his face and it made us laugh….then the Scottie trotted towards us looking left and right off of the path until he spotted his owner and his tail went a-wagging 🙂

We wandered along checking out many different corners of the park, and then settled in for our picnic with views of Kensington Palace.   We enjoyed dog-watching as much as people-watching! 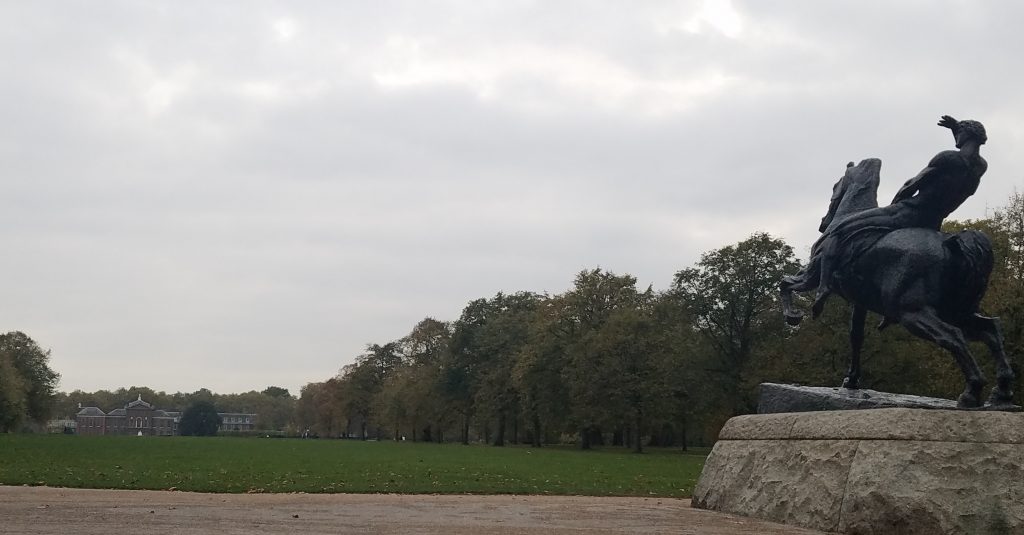 The next morning was our #RememberingMalcolm appointment.  After our time at Brixton Soup Kitchen, we wandered through Borough Market and bought lunch.  Anything you want to eat, they got!

Then we headed over the bridge and along the Thames with views of Tower Bridge and the Tower of London. 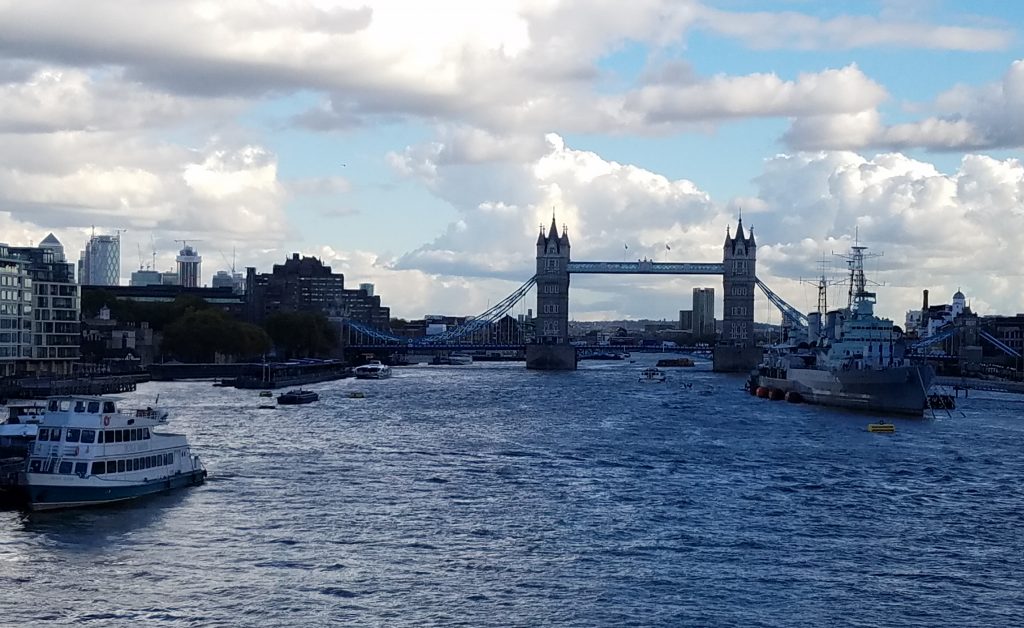 We didn’t go into the Tower of London mainly due to time constraints. While walking around the outside I had to use the bathroom and there were only pay toilets!  We hadn’t exchanged any money, and I wasn’t about to do so just to pee! We wandered a bit further and found perfectly functional, free toilets at the adorable St. Kathrine Docks Marina.

While walking around the Tower, I heard a man mimic  “‘Go Birds’ all over the bloody place…..some sort of rubber match or something’.  Made me smile. (‘Go Birds’ being the minimal amount of syllables to say ‘Go Eagles’) Clearly Eagles fans were annoying some locals already and it was only Friday.

We ended Friday sightseeing at  Covent Garden and enjoying a few pints at The White Swan pub.

Then back to our room for a quick change and to dinner at Gordon Ramsey’s Heddon Street.  It was fine. We were set to try the Beef Wellington and so we did…it was tasty (and for the price, should be!).  The dinner checked a box for us. I saw a mouse, which made me laugh (‘cause drinking) but, of course, caused the wait staff some horror.

Saturday, Day 3, was first the The British Museum then London Olympic Park.

My bucket list is to visit all Olympic Cities. I have quite a few done, already, but there are many, many more out there!

We took the tour of the stadium, now home to West Ham United.  There were many good photo ops. Since we really have no grasp on non-American football, the tour was very educational! 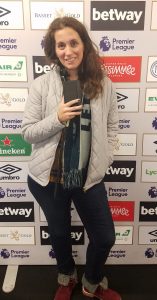 We bought some souvenirs and then headed up the Arcelormittal Orbital sculpture right next door and took the SLIDE down! 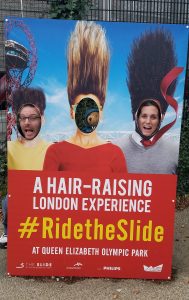 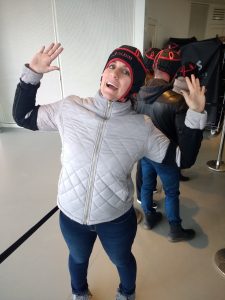 We both agreed this was worth the money.  We walked the Olympic grounds more (quickly, ‘cause it was cold) and got to see the velodrome and the Olympic Rings.

That night was our attempt at Passyunk Avenue, which is a Philly-style pub, but because of the game the wait was 2.5 hours!

We waited there for our friend, Einar, then headed out elsewhere in the city. We walked about 10 minutes from Passyunk and hit up Fitzroy Tavern.  After the pub, Einar took us to Bali Bali in Soho, which cooked all of his favorite dishes well (Einar is originally from Indonesia), and we ate our hearts out.  The Tahu Talor (bean curd omlette) was sooooo yummy. 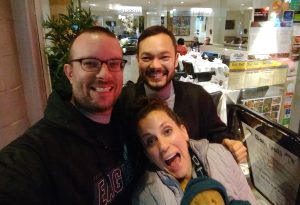 Day 4: Sunday was Eagles game…which we made a separate blog post. 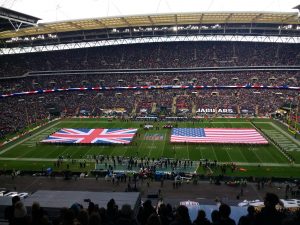 Exhausted, that night we got some Moroccan food to go from Sidi Maarouf, ate in, and watched the soccer hooligan movie ‘Green Street’ inspired by our West Ham visit the day before. 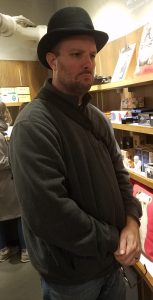 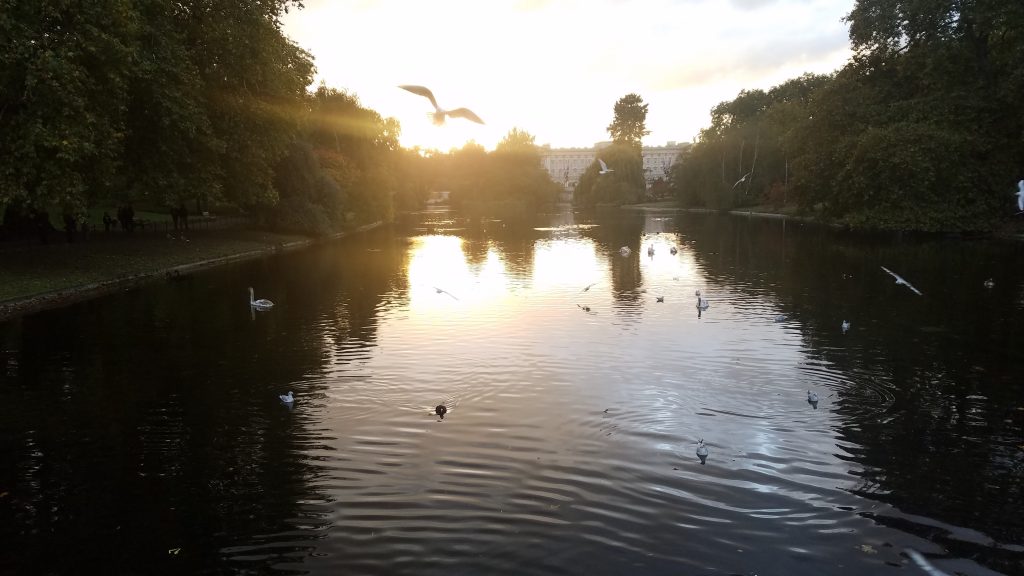 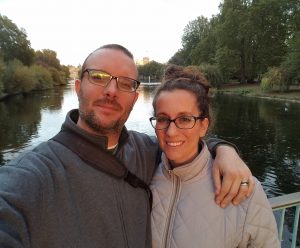 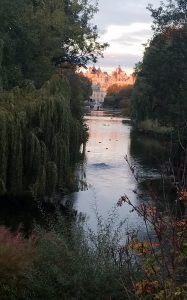 Dinner was at Chili Shaker Indian Restaurant (yummy….I ate toooooo much….jean-buster) near Piccadilly Circus and then we saw ‘The Book of Mormon’ at the Prince of WalesTheatre.  We knew what we were getting into with this play, and that it is not for the easily (or even not-so-easily) offended. As expected, traditional big-theatre boundaries were smashed.  We thought it was smart and funny and are glad we chose that play!

On our last day, the tube ride out of town saw us meet a lovely couple from New Zealand. They’re visiting for a month. The older lady next to us had a teddy bear (Mr. Potts, of facebook fame) sticking out of her backpack like Hero Bear was from ours. She said drop her a message on FB if we’re ever in New Zealand!

Finally, we headed home to see our kiddos.  I thought the bathrooms in Reykjavik airport were super-cool, so I took a video for posterity!  They were empty, but I walked quickly cause taking a video in a public bathroom is weird.

The rapid pace of our visit made it best for just the two of us, but we missed the kids like crazy.  They made us welcome home cards and there were hugs and tears and getting ready for Halloween the next day. Right back to it…and we wouldn’t want it any other way 🙂

One Reply to “London”